Cyber offensive technology (a malware that is employed for military use) gives clear asymmetric advantage which favours weaker states and non-state actors. They may pursue cyber technology in order to gain strength in pursuit of broader goal. This asymmetry is not something new and presents to be an effective tool to level the imbalance of power.

The entry for weaker actors is easier, cheaper, and it does not require much efforts. Presumably, one may need some computers and technical assistance. Offensive capability can also be procured through online criminal market, so that even high-skilled IT personnel may not be required.  Furthermore, attribution problem is not yet solved, so it gives an advantage in staying anonymous, therefore, escaping failure costs.

Asymmetric tactics is pursued by actors that do not have constraints on their own concept of morality and war-fighting. Terrorists or insurgents might not have the same reservations about killing civilians or bringing high level of destruction in the event of a cyberattack than state countries. Similarly, those desperate enough but with a strong will to fight, may employ cyber method regardless of high costs.

Terrorists, for example, target innocents indiscriminately. Their goal is to inflict the threat of terror and violence in order to achieve a strategic goal.  This consequently poses great challenges for deterrence. As weak actors are becoming stronger, others become more vulnerable. 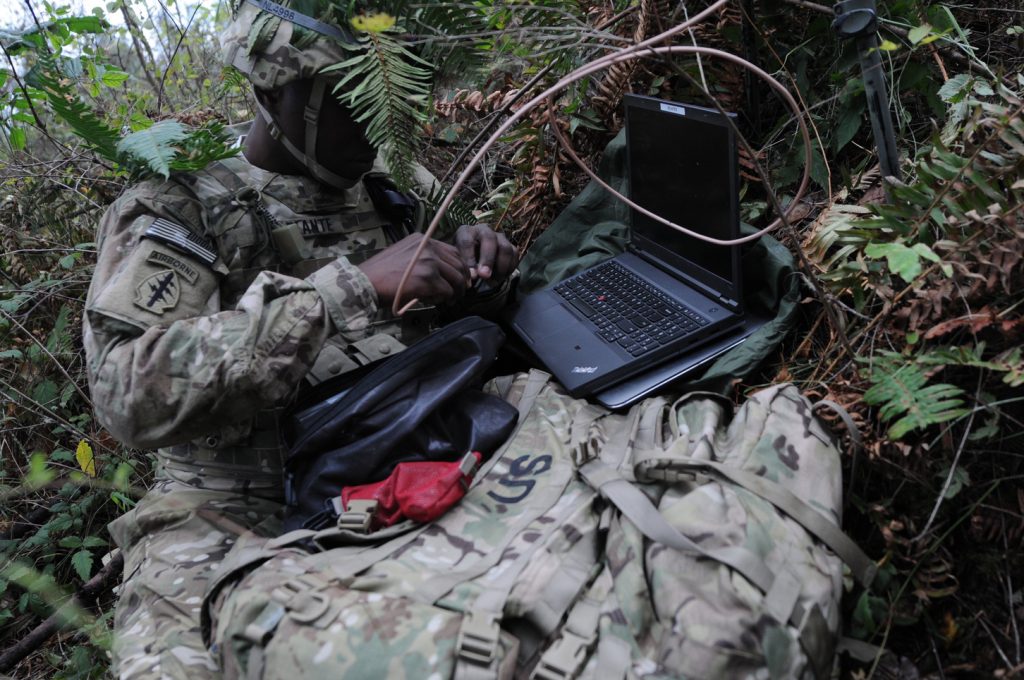 Nevertheless, gaining cyber capability is not that easy as it may seem. The case of Stuxnet (a malware that attacked a nuclear facility in Iran) does not seem to prove asymmetric advantage, because the attack was apparently conducted by stronger parties with substantial funding and resources. Detailed intelligence on the target, access to the computer network of an opponent, finding vulnerabilities and then employment of cyber capability (all present in Stuxnet case) further complicate an argument about asymmetry. Moreover, the development of Stuxnet code required some high-skilled expertise that may be difficult and inaccessible by non-state actors or weak states.

Additionally, it would take time and financial support to plan, manage, and monitor the development of the code. Therefore, it would require more personnel than just IT specialists. Moreover, considering the target of Stuxnet, nuclear expertise would be required as well. Similarly, knowledgeable experts in other areas would also come in handy: there should be people skilled in how these infrastructures work to cause actual damage.  So in case of a lone hacker with radical views, the use of cyber appears to be doubtful, as there are cheaper and easier ways to inflict damage.

At the same time, there are risks of failure and they are too faced by weak actors. If such mission was compromised, and/or a code behaved differently than expected and/or backfired, it would only increase the costs without ringing actual benefits. In this sense, stronger states are more prepared to minimize them than weaker ones.

If a cyberattack fails to reach the end result, weaker actors may have spent substantial amount of money in vain and have not reached the desirable effect. This, in turn, reduces the probability of using cyber in the first place. Weak states may want to invest in other ventures, rather than cyber, to be sure that they can reach the desirable end result. So the true costs of such attack have a high level uncertainty for weak actors as well, however they may not be prepared to bear the failure costs and may not have enough resources to mitigate them.

Another advantage of cyber technology is that the nature of cyberspace and cyberattacks favour an attacker. Offense is becoming easier than defense and guarantees anonymity. The Internet was designed to make connections easy and reliable, plus security was not in the original thinking of creators. Thus, an attacker has an upper hand to reach its target, while staying anonymous and inflicting damage through cyber means.

Today cyber defense is not perfected and has vulnerabilities that can be exploited. Although it has been greatly improved for the last decade, vulnerabilities still remain, especially in the sector of industrial facilities that proved to be slow in adjusting to current cyber threats. For instance there is increased complexity of integrated information systems, hardware devices and component software produced which only increase cyber risks. Moreover, security considerations are left aside because of the demand to design measures in accordance to CIA requirements and other specifications.

As for anonymity factor, attribution remains a technical problem up to date. In case of Stuxnet, it is believed that it was initiated by the Unites States of America and Israel which both were interested in impairing Iran’s nuclear program. According to Sanger, one of the journalists who intensively covered the topic of Stuxnet as a US cyber weapon[1], Stuxnet has been a part of a highly covert US operation, code-named “Olympic Games”, which had already begun under the Bush administration. In any case, attribution is still lacking and Stuxnet was not attributed, so it is hard to speculate about the particular parties involved.

Asymmetric threat does not seem to be supported by Stuxnet case as there were substantial resources and financial capabilities involved to plan this operation. However, the possibility of employing cyberattacks in the future by non-state actors and weaker states cannot be ruled out as one case study is not sufficient enough to generalize. In case of cyberattacks by non-states, the damage may be limited, but cyber could be still used to compliment other weapons.  In any case, this asymmetric threat does impede final deterrence on the world stage and should be taken in consideration in future security affairs.

After all, Stuxnet – the first use of offensive computer program – might have been an imperfect test-run of cyber means and more advanced are yet to come. One always fails before achieving success; this is what happened to pretty much any other weapon in history. More dangerous attacks may be mounted in the future, but for now these are all speculations.