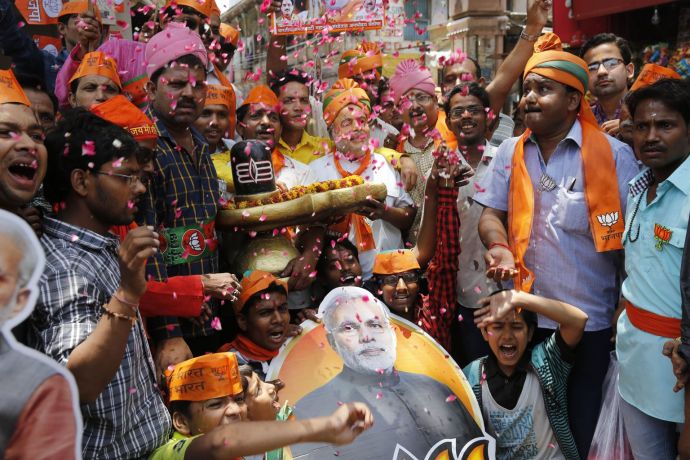 This is not yet another Congress Vs BJP Vs AAP article! However in between, this article uses examples from the winning political party, BJP. BJP is a nationalist, right to centre political party of India, which has made history by becoming the first non-congress party ever to achieve majority in the Indian parliament in 2014. It is also the first time in 30 years when a non-coalition government is formed in the centre, eliminating few prominent political groups from the parliament. This article analyses the surprising performance by the BJP from the marketing perspective. 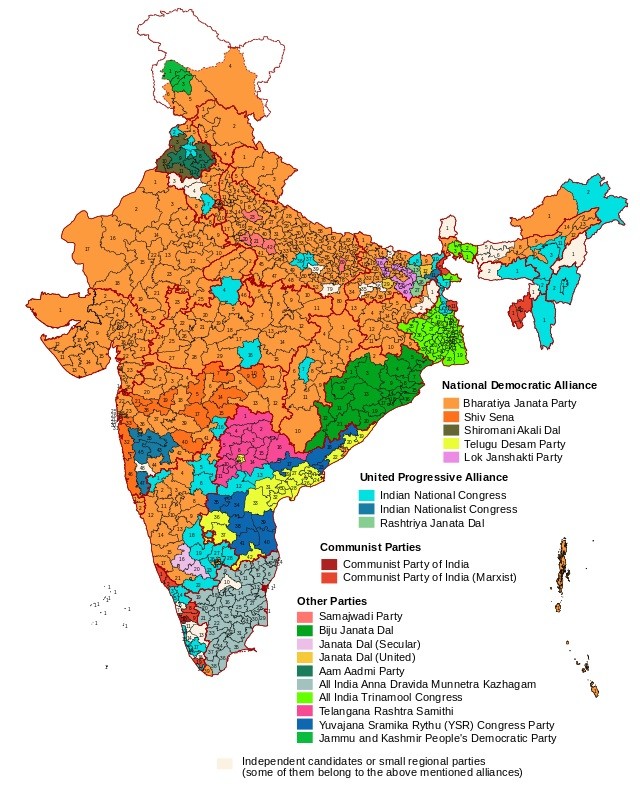 The recently concluded democratic elections in India featured some principles of marketing used prior and during the elections by political parties. However, this term was used in a negative sense highlighting corporatizing of democratic institutions and crony capitalism. While crony capitalism is something our democracy should fight, marketing itself is not bad for democracy.

Marketing – in a political perspective – is the process of communicating the value of a product or service (policies, agenda and leader) to customers (entire population, both voters and non-voters), for selling that product or service (getting votes and trust). It is about getting the sense of society’s requirements and coming up with solutions for them. This is something, which all the sincere political parties try to do at the grassroots level. 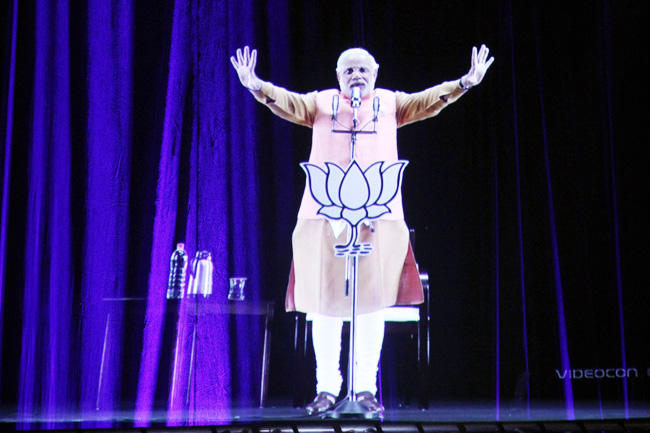 3D projection of Narendra Modi rallying at hundreds of location at the same time. Source: indiatimes.com

In a parliamentary democracy, the demands of people and their needs are the driving force of all policy making and its approval. Such democracy should function for the people and by the elected representatives of the people. Any political party, which is serious about delivering and working for the people, must incorporate the four Ps of marketing. They are Product, Promotion, Price and Placement. When talking about customer focused marketing (public focus), the four Ps can be better presented as SIVA that is Solution, Information, Value and Access.

Customer oriented marketing or, in this case, public focussed politics or “good governance” – a terminology widely used by BJP’s prime ministerial candidate (now Prime Minister of India) is all about putting the citizens first. A political party must understand and recognize the problems in society and come up with a problem-solving product. This product or solution is the mix of leadership, ideology, party policy, action plan, agenda and manifesto.

The next important part of public focussed politics is promoting or informing people about their solution. This includes electronic and print advertisement, public rallies, meeting with people and running social media campaigns, all of which played a huge role in the recently concluded Indian elections.

However, the most important part is if the solution is actually reaching the people. Delivering on election promises can be done only after winning the elections, but it must be already ensured that the solution is applicable to all regions and sections of society. Parties must field a strong candidate in each constituency whom voters can vote for. It must be noted that NDA (BJP+) contested in 542 seats out of total 543, whereas UPA (Congress+) had contested only in 537 seats.

To sell the solution to the people, one needs votes! Every citizen can vote once in five years, thus every vote carries enormous value for him/her as well as for the party. Is your solution worth a voter’s vote? The solution and delivery of promises should be such that a voter feels safe and satisfied voting for that party.

In the latest elections in India, the winning party was accused of using the principles of marketing. Both the major parties, Congress and the BJP had hired PR firms to manage their campaigns. No matter how much funds and efforts you put in marketing, if your product/solution is not convincing to the people, you will not be able to maintain your dominance in the market of democracy for long.

Looking at BJP’s elections strategy, there is not doubt that the party was well aware of marketing fundamentals and made use of it wisely. Nevertheless, delivery of promises and implementation of the solutions is a part of marketing too (selling product/service and value addition). If the party is serious about maintaining its place in the parliament for long time, it should keep in mind all the promises it has to fulfil.

The Facelift of Global Security and Non-State Actors

From Revolution to Rebellion: Libya and the Tuareg