Warning: mysqli_query(): (HY000/1): Can't create/write to file '/tmp/#sql_7ae_0.MYI' (Errcode: 30 - Read-only file system) in /home/thewosf4/public_html/wp-includes/wp-db.php on line 2056
 Could a Foreign Language be a Problem for International Communication? – The World Reporter 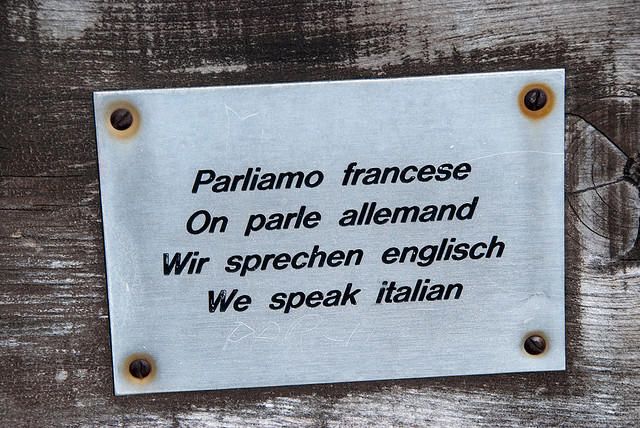 As international community is rapidly evolving, there has been a rush in learning foreign languages. Nowadays a lack of foreign language knowledge leaves you behind, so this skill is becoming essential in modern life, not to say vital. Yet, despite the undoubted advantages of speaking another language, there come certain disadvantages. In most cases nobody is even aware of them.

Let’s bring up a trolley problem here. Imagine yourself on a railway bridge. Below you, a train is heading full speed towards five unsuspecting people working on the track. There is a fat man standing on the bridge with you. If you shoved him off, his impact would stop the train, and you would save the five workers. Would you push him?

It has been found that the language in which the problem is posed can change answers. To be more precise, if the dilemma is presented in native language, people prefer not to push the man. Conversely, if presented in a foreign language – they would push the poor guy.

Everyone would rather push “didi kaci” (Georgian), “rajul sameen” (Arabic), “ootoko” (Japanese) instead of the fat man (or whatever it is in your native tongue). So what does it mean? Does it mean that switching languages make us more rational and less emotional?

Foreign language is not acquired in the same way as your mother tongue. It is a learning process, sometimes even very difficult one. In most cases, you do not learn it in a comfortable friendly warm environment like in case with you native language, when you are learning it with your parents. Therefore, that makes a foreign language less personal, less emotional. You experience more distance from the objects. You do not mean the same things as you say “mom” or “dad” in your native tongue and then in whatever language you know. Abusive language is even the brighter example. Swearing in a foreign language is more like normal talking: easy and meaningless, because you are emotionally distant from “foreign” words than your “native” ones.

Of course, a single word might not make a difference, you would say. But it takes one word to form a sentence, then a paragraph, then conversation, then whole debates and then politics steps in.

The fact is that we all understand concepts differently. The gap between what you say and what others think you mean is wider in intercultural communication. It is usually about how you interpret the things that have been said. Then, there is a foreign language with its own cultural colours and mentality used by representatives of all kinds of international organizations. The United Nations, the Organization for Security and Co-operation in Europe and many more organizations use international languages to communicate.

Our research, conducted in terms of psycholinguistics and cognitive linguistics, has shown that the word “nuke” (attack or destroy with nuclear weapons) is differently associated in strong powerful nations (like USA, Russia, UK etc.) and in “smaller” ones (Slovakia, Latvia, Estonia etc.). In the first case, people tend to associate this concept with abstract notions like danger, elimination, great power, a war and so on. Meanwhile, countries that have less international influence are more concerned about other countries having a nuclear weapon, as their associations were USA, North Korea, Russia, Japan, Hiroshima. Additionally, we can assume that mass media is playing a major role in forming a particular style of thinking. That difference was shown through a single word only.

Interestingly, some languages do not even possess certain concepts. Kuuk Thaayorre language does not have notions of “right” and “left”, they use cardinal points instead. For instance, that cup is south-eastwards; the boy northwards is my brother. How difficult for people would be to learn non-existent concepts like “right” and “left”? Would it be hard for others to understand them?

These are some things to consider next time you speak a foreign language. Perhaps, it is reassuring that meetings conducted in another language would make us more rational and less dependent on our emotions… Unless you are that large man about to be pushed under the train.

3.    Language and  Morality, Gained in Translation

Behind the “rising intolerance” in India

Barking Mad: The West and the Yulin dog-eating festival