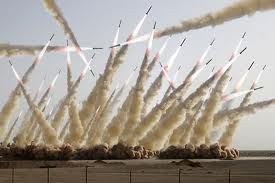 Everyone seems to be tensed up in the political world today. No pizza for the correct guess! Yeah, the West-Iran confrontation. We all know the world hardly got over Afghanistan , Iraq, and woah now Iran? It’s not just the Americans that are affected in this situation, also not only the Israelis. The whole world is caught up on to the turmoil and we, the people, have to go through it. Wish we could have changed the channel and left it? That’s not going to work. The accusations and confrontations, the sanctions etc. are going to take their toll and what are we going to be left with? A deadly war! Now how grand its going to be is a wild guess.

The story begins with the American accusation on the Iranian regime for their alleged clandestine “weapon” class nuclear device development. Iran is being accused of developing a military nuclear program which can lead to a creation of new nuclear power. Now, when the accusers and the accused come in to the discussion, there have to be sides and corners. The good ole allegations of American “imperialism” and the statement of Iran being an Islamic “radical” entity. OK, now we are not concerned about who is who. What concerns us is how it will fall on us. Continuing, the United States went to the United Nations and it went on to the watchdog “IAEA”. The International Atomic Energy Agency took a while to produce the report on Iran’s nuclear power status, that gave a good window for the conflict to escalate up.

The momentum started gathering up, when the state of Israel started its rehearsal for surgical strikes on the the Iranian nuclear power plants. Hope we all remember Israel’s “Osirak strike”? For those who have forgotten about it , it was a first ever missile attack in history on a nuclear plant by the Israeli air force in June 1981. The target then was the Iraq’s Osirak nuclear reactor built with the help of France, and the Israeli air force did live up to their name.

So, with these latest rehearsals going on, what was coming in to the picture was that this was going to be “Osirak take 2”. Now along with Israel , The United Kingdom Royal Navy started its preparation for its journey in to the gulf for probable engagements that will be taking place. And the cherry on the cake was placed by the Israeli and Western government’s announcement that they are thinking about a military strike on Iran. This has really tensed up the whole situation.

The whole world thought that the game was set. Then another series of events changed the whole scenario. The Russians came up for the support of lonely Iran. They decided to provide the Iranian’s with S-300 missiles. These missiles beyond doubt had proven their capacity in the actions that had taken place. The Arab countries pledged their solidarity to the Iranian government . The motive behind some of the countries to pledge solidarity was much of a religious brotherhood bond rather than a politically motivated one. And still there were other countries who thought that after Iraq and Iran, the west may come after them. The S-300 missiles and the growing coalitition of the Arab countries were enough to put the Americans and the Israelis on a hold.

Then comes in between the IAEA report . It gave a partial nod to the allegations from the Americans that the Iranian regime possessed the capability to develop a device capable of mass destruction, that is their nuclear power plants were not only civilian. IAEA’s report also contained the fact that Iranians possesed simulation capability and had “mechanisms” to develop nuclear weapons that cud very well fit on to the their ballistic missile heads. And now the Russians decided that they should better stay away and blocked the sale of the S-300’s to the Iranians. This has put the Iranians in jeopardy.

The stage is already set. All it needs is a small flare that would trigger the whole process. Another important factor bothering America is the CIA reports during the time of Soviet Union’s breakup, the loose nuclear devices from the Soviet Union stockpile which had gone missing. The weapon dealers had delivered two devices to Iran. Now how much of it is a fact is known to none of us. We can only assume it.

Iraq was different, Iran is a strong military regime and a possible nuclear power. Even though the head of the Iranian regime have been putting up a hardliner attitude, it will be difficult for them to fight a conventional war at this point. Consider all the economic sanctions that will be leveled against Iran. It won’t be easy to fight war more than a few days. Combat Aircrafts in Iran’s inventory are pretty much outdated. Lets not forget that the American military presence in the Iraqi region, which will be creating a buffer zone between the Iran and Israel. So a probable land invasion by Iran will be out of question.

Iran though has a stable ballistic missile capabilities. So the worst case scenario can be a global thirld world war or a shower of scud missiles on Israel, but the way things are looking up, Israelis are holding up to that, the brand new “IRON DOME” system. But that is not foolproof too. Not to mention the fact that Iran is only one place behind Israel in military strength according to globalfirepower.com .

What we are looking at is a major weapons race in the middle east, sharp rise in the crude oil prices, terrorist attacks that won’t be confined to America or Israel. So what is it that we the people are going to face globally? Imperialism? Terrorism ? Surgical Strikes? Or the probability of Third World War? Well that’s only worst case scnario and much far from today.

Mithun Krishna is a passionate writer whose area of interest lies in foreign policy and international diplomacy. He can be reached at krishna.mithun@gmail.com

Have an Idea like this? Get published on The World Reporter: News Opinion and Analysis, International Student Journalism.

What is War? and Why Do We Fight?

Huge Asteroid to Pass Between Earth and the Moon

Russian by roots, global citizen by choice. In love with India and Indian culture, love to report everything from politics to military news. Against the controlled media.