Bam! Bam! Past… And once again: Bam! Can you hear it? No? Then listen carefully. There are shots of loud exclamations outside. And the bombs of unfulfilled promises are exploding. The warm spring air is field with groundless statements. People go to the open fields without shields and helmets. Don’t you know? It’s the war outside!

Almost everyone knows about the most discussible topic in Mass Media- the political situation in Europe. People are trying to clear up the latest revolution events in Ukraine, especially its population. Moreover, the Crimea’s annexation to Russia is still an actual subject to discuss. It’s not a secret that western countries do not admit this fact as legal. We know about the United States’ sanctions against Russia such as limitation of trade with it. But fact speaks for itself: the peninsula’s “returned home”.

Mr. Putin in his speech on 18th March in Kremlin declared: “Colleagues, in people’s hearts and minds, Crimea has always been an inseparable part of Russia. This firm conviction is based on truth and justice and was passed from generation to generation, over time, under any circumstances, despite all the dramatic changes our country went through during the entire 20th century.”

When people need facts, when they want to find out ‘the truth’ – that’s the time when Mass Media comes to help. But does it really? MM give people the answers, but we have to decide where the real ones are. MM creates a whole imaginary world, thousands of worlds to fit everyone and no one at the same time.

It’s worth to pay attention to some non-fitments in Mass Media. The latest big event in Donetsk, Ukraine, for example. Citizens were to decide if there should be Donetsk National Republic instead of Donetsk region. The Referendum took place on May 11th and Ukrainian MM was saying that nobody came for voting. Yet the population formed long queues in which 89.7% were willing to be separated from Ukraine, according to BBC news. However that may be, the act was not admit as legal one. 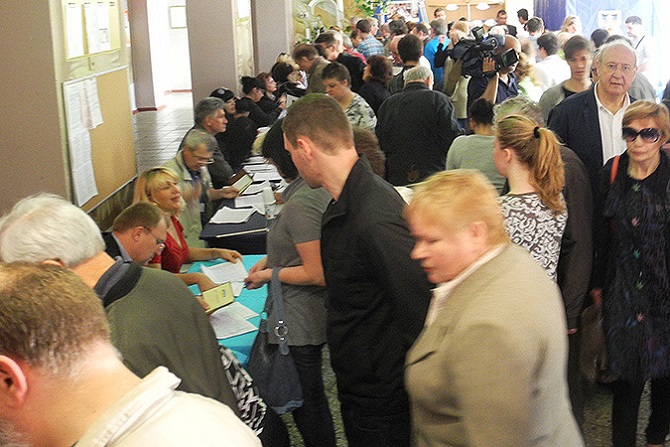 It’s understood that we are not the members of the Parliament and we are not the politicians. As we can’t play politics, hence, we can’t recognize the players. And how our knowledge or any experience could be enough to judge the Government of any country or to decide who’s right and who’s wrong?

So, what youth can do to protect themselves from misunderstanding and lies in Mass Media?

The shields and helmets – the “LAC” system

1. Reading history, literature and science helps understand the main rules on which the world is lead. In addition, this is the way to remember the following: Mass Media affects people’s feelings and emotions. It’s a well-known fact that news creators know human psychology: weak points and their desires. They know how to make us laugh, cry, happy and feel angry. It’s a bit scary, isn’t it? But “who owns the information, owns the world,” said W. Churchill. So LEARN

2. Everyone knows one can not trust all information from the magazines, television or Internet. Sometimes it just doesn’t make any sense. And the main point is to receive information from all possible points of view. You can ask yourself the following questions:

Try to make clear the goals, motives and possible contradictions of MM. Remember: there is never fuss from nothing. So ANALYZE

3.The product of our own heads is the best one. When you’ve leant and analysed the information, it’s time to sum up and choose The Truth. Sometimes there may be no truth at all. There is no need to make it out. So CONCLUDE

“The average TV commercial of sixty seconds has one hundred and twenty half-second clips in it, or one-third of a second. We bombard people with sensation. That substitutes for thinking.” ― Ray Bradbury, Fahrenheit 451

Transnistria: The Meltdown of a Frozen Conflict?

Berezhnaya Anna is a student of journalism at the Higher School of Economics, National Research University, Moscow.