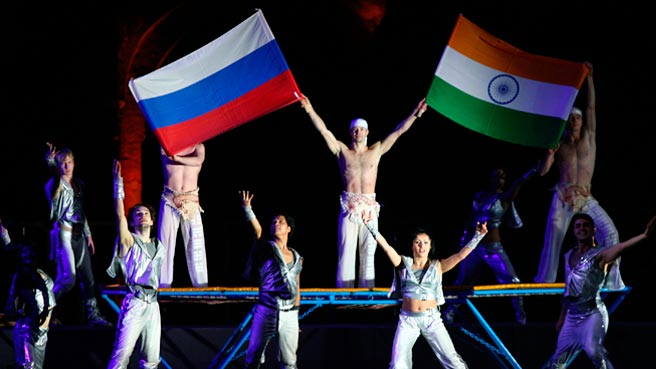 In the recent development in Crimea, majority of the countries voted in the favour of EU and US backed Crimea resolution, yet it was the failure of western diplomacy when it comes to India. With its shifting focus towards Asia Pacific, fruitful and cooperative relations with India holds the key for the US. The seeds of alliance that US was sowing with India resulted in nothing when the two arch-rivals, Russia and the US, stood once again face to face. In the Crimea resolution, hundreds of nations voted in its favour while India abstained from the voting staying with its traditional friend, Russia.

The US understands the importance of India to the extent that in June 2007, US Defence Secretary Leon Panetta proposed a defence alliance, which India had refused. The U.S gave much of the focus to counter terrorism, markets and balancing China with the help of India, however little was done to dilute Indo-Russian ties, which are strong since Soviet period. Russia remained India’s top supplier of arms and weapons and it continued supporting India’s civil nuclear program very actively.

Dictating with whom India will buy oil and making the middle eastern region so vulnerable in the past few decades, US has naturally made India look elsewhere for a stable source of oil. On the other hand, EU nations threatening to reduce their dependency on Russian oil and gas has made Russia and India find each other naturally so attractive that last week Rosneft CEO Igor Sechin visited India and discussed on various logistic possibilities of supplying oil to India.

In December 2013, Indo US ties took a steep downward turn when Indian diplomat in the US, Devyani Khobragade was arrested and strip searched forcing India to deport American diplomatic couple Wayne May and his wife Alicia Muller May in retaliatory action. Their comments later came into light describing India as a zoo and offending vegetarians and cows did more damage than good to the ties.

Efforts of Hilary Clinton in shaping better Indo US ties went in vain once again when India shocked the US after abstaining from voting against Sri Lanka at the UN Human Rights Council on March 28th. Abstaining from voting in Sri Lanka resolution gives a very interesting insight on India’s shifting geopolitical priorities because in 2012 and in 2013 India had voted in favour of the resolution. Surprised and elated by the decision, Sri Lankan government immediately released all fishermen in their custody in a goodwill gesture.

If India aspires to become a regional or global power then its priority should be having a peaceful neighbourhood and a healthy competition with China. With US interferences, India may not achieve peak of its relations with Iran, China and Sri Lanka.

At the time when Indo US relations are becoming colder, and western countries are threatening to isolate Russia, India and Russia should engage themselves in active strategic and economic partnership by sharing markets and reducing their dependency on US dollars. Re enabling the rupee-ruble trade arrangement, which was active between India and USSR and allowing trade in national currencies with BRIC nations would help emerging economies come out of dollar diplomacy.

Russia has been pitching for an alternative of Mastercard and Visa with Sberbank’s PRO 100. Its less penetration and no support outside Russia is lowering its appeal. There should be made a provision to support each other’s payment systems. India has Rupay, which is expected to have wider coverage than MasterCard, Visa and American Express in India in the near future. Recognizing and supporting each other’s payment systems will make business and tourism more attractive in the wake of any March 21st like sanction which blocked the transactions on MasterCard and Visa cards holder of SMP bank and InvestCapitalBank in Russia.

Along with relaxing the visa regulations, the two nations should explore more possibilities of cooperation in various other sectors like agriculture and information technology. It is an irony that Ukrainians did not support integration with Customs Union, but India is very actively discussing the possibility of signing an economic cooperation agreement. A Free Trade Agreement between India and ASEAN, which came into effect on 1st January 2010, helped the two-way trade between India and ASEAN reach US$79 billion. A similar agreement with Russia and Customs Union may help achieve the ambitious goal of US$ 20billion in bilateral trade by 2015.

India’s degrading ties with the United States and recent developments in Crimea, has made Russia and India deepen their ties further. With Brazil, India, China and South Africa abstaining from voting in Crimea Resolution, we can see BRICS has emerged finding a common ground of political and economic cooperation. Emerging economies are finding each other closer than ever before for a multi-polar world.

European Union: not thinking about tomorrow because I am afraid of today