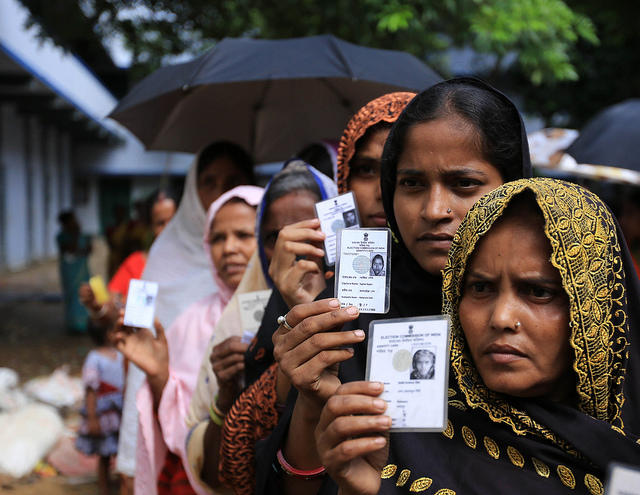 Given the unfortunate history of ethnic conflicts and colonialism in South Asia, minorities, whether on the name of caste, region, religion, or language, feel less secure and privileged than the people identifying themselves as majority. This sentiment of unjust treatment and insecurity breads ethnic groupings that are exploited by vote bank politicians. While not all the reasons for the “minority complex” are justifiable but many quite painfully are. The majority also has its own “victimization complex” or its own version of “minority complex”, with some real and some perceived reasons. Given the complex history of South Asia, we all have several identities and are all minorities in a sense, as no overarching classification being all encompassing, except Indian. We have already seen how the silly schemes of narrow groupings have panned out. I don’t think anyone of us needs a trip to Pakistan to know of examples of religion based unmitigated disasters. While it is easy to say that forget the past and say let us be Indian first, I fully understand that for many of us, it will take walking on fire first to get there. Take for example, the states of North-East or so many of the underdeveloped states. Do you think people from Nagaland are as integrated as the rest of the country? How many people sitting in Delhi know about the dreams and aspirations of Mizo masses? How integrated are the scores of tribal communities across India that are displaced by corrupt mining and land grab mafia? How can someone walk to campsites of people who are still homeless from Godhra or 1984 riots and sincerely ask them to move on with their lives, as the rest of the country?

“Our grandparents and great grandparents generation threw out Gora Sahibs, but they left the revolution incomplete. It is our turn to throw out the Bhura Sahibs and have a real independent India.”

We are far from a perfect union but if we let our past decide our future then we certainly will have a bleak future. Our insecurities, lack of education, genuinely unpleasant histories, have all resulted in our frequent failing to embrace Indian identity above our other several identities. This has meant that caste, community, religion, region based politics has been the name of the game. Whether it is the Congress that plays ethnic card at local level, with its game plan varying from constituency to constituency or it is BJP, with a uniform anti-minority hate agenda or regional parties, there are hardly any groupings that risen above groupings that divide us. All the previous experiments with the third front were fundamentally no different in communal agenda than the functioning of Congress or BJP either, as they just mostly combined different ethnic interest groups under one umbrella. Irrespective of change of labels, the segregationist ghetto divisive politics has been the rule of thumb in India. Gora sahibs left in 1947 but they were replaced with Bhura sahibs who have continued to play the game of divide, rule and plunder. To be fair, it is “we divide and they rule”, as was aptly pointed out by Maulana Mohammed Ali. We Indians are so hung up on our narrow identities and fears that we have hardly ever given our hopes and dreams a chance.

Can future be different? I believe so, if Indians act on their hopes and not out of their fears. We do not have perfect options but in these upcoming National elections we have some chance for the first time. So far, AAP has emerged as the only national phenomenon, which is not playing the vote bank politics on the ethnic lines of religion, caste, region and language. Giving AAP the sole charge of non-communal politics would be unfair as there are some known independents (with clear right and clear left wing economic policies) and some (by no means all) left parties who fight on non-communal issues but they are more localized in their influence. Don’t get me wrong AAP is not panacea and without public scrutiny it can devolve into Congress too. It is at present our best hope for non-sectarian politics just as for anti-corruption drive.

I am hoping that this time in Lok Sabha polls and much more importantly in form of ongoing engagement with politics, we kick out leaders who divide and rule. I am not making a veiled, but a very clear, yet very cautious appeal to engage with AAP or other non-ethnically based honest politicians on a questioning basis. I see people’s movement of which AAP is a major flag-bearer, as necessary for the Manthan (churning) of our Indian society. This churning will spill enough elixir from its success and it will also spill enough venom in form of its shortsighted mistakes. It will depend on the maturity and intelligence of Indian citizens and not just its leaders to carry forward the revolution. In my opinion, AAP like movement (at least in its current incarnation) is necessary to lay the first step of transforming India needed to transform it into a developed country. Our grandparents and great grandparents generation threw out Gora Sahibs, but they left the revolution incomplete. It is our turn to throw out the Bhura Sahibs and have a real independent India. AAP represents our best hope in 2014 to move to the next stage of Indian nation that is less vexed with ethnic divisions. I hope we all shed our minority, majority, regional, linguistic and other differences aside and be part of the revolution of our generation. We are all minorities in India given that we are all different. In fact if someone had any personality then they are minority of one. The only way to unite is through our common hopes and not our divided fears. I urge people to go out and vote for hope and not fear.

Indian Renaissance starts from a place older than history itself

Dr. Sukant Khurana is a New York based scientist, artist and writer of Indian origin. His basic research involves neurophysiology, computational neuroscience, sensory perception, addiction, learning and memory, while his applied research extends into many areas of drug discovery and problems of the developing world. Both his visual art and writing explore the issues of modernization, displacement and identity.