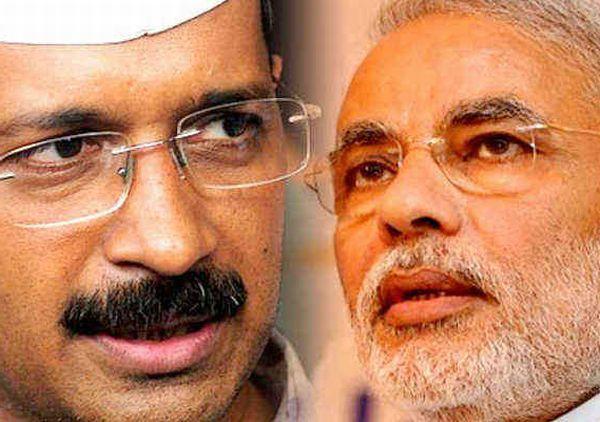 Fearless Arvind Kejriwal has decided to take on the bull of Hindu Fascism by its horns in Varanasi. It would be a direct battle, of several more to come, in a generational war to fight for the future course of our country and culture. It will test common man’s will against the multibillion-dollar crony capitalism agenda that is all set on letting in fascism and intolerance through the back door of elections first, the same way as it happened in Europe. For all those betting on the might of media, monetary resources, conniving, coercion, and violence, this war will be a moment of truth to see the strength of the moral will of a common man that does not have much to lose but only a bright future to gain. I say battle and not war because win or lose, this will not be the last fight. It is going to be an ongoing collision of two opposing visions of India that would see change of faces over the years but would only go away when one way wins. To me this is a fight for Indian renaissance, a resurgence of old glory that is only possible with determination, honesty, inclusiveness, accountability, innovation and collective Indian good and not some cheap imitation of outside formulae of deceit and hate of fascism wrapped in a saffron robe for the benefit of few billionaire sponsors.

This will also be a moment of Manthan that will separate poison from elixir. Politicians outside the current fold of Hindu right wing NDA like to talk about fascism of Moditva and their allergy to it but how many of them are really serious about their rhetoric? Every now and then, seemingly conflicting groups get in a tacit understanding and leave few seats for each other, with recent favor by Mulayam’s Samajvadi Party to Sonia and Rahul Gandhi being glaring examples. Given that communists, Samajvadis, BSP, Congress, Rashtriya Lok Dal and free agents, such as the Robin Hood criminal-politician Mukhtar Ansari, all claim to be opposed to the hateful fascist ideology of Moditva, it will be interesting to watch their behaviour in the city of all cities: Banaras. How many of these petty politicians, who do not have any chance of taking on the specter of fascism, would step aside for Kejriwal? I suspect that all these power brokers would play Modi’s game and try to split the democratic secular votes.

“Banaras is the spirit of tolerance, symbolized by Emperor Akbar, who resurrected the city from its ruins and built temples to undo the damage of Aibak and Lodi. Varanasi is like a Phoenix that rises again from ashes.”

My sincere hope (if I was religious, I would have said prayer because this is one of the closest, I have ever come to praying) is that despite several political opportunists in the equation, Arvind Kejriwal would force Modi to rely on a safe seat from Gujarat to enter Lok Sabha. Be what the immediate outcome, in the long run a non-doctrinal progressive, innovation-centric vision of India that is committed to ensure a safety net for the have-nots, is here to stay and win.

While Hindu fundamentalists have chosen Varanasi to field Modi because of its Hindu religious significance, hoping to increase religious schism but I think even if fascist forces abandon this tactical constituency, for moral reasons, all progressive forces who believe in the spirit of inclusive Hindustaniyat, should make this a must battle ground for years to come. If India rises again, which it certainly would, this is the place that should herald the change. Varanasi has been the spiritual and cultural capital of India for several millennia. It is the spirit of resilience against religious fundamentalists and aggressors like Qutb-ud-din Aibak, Sikander Lodi, Aurangzeb and Narendra Modi. It is central to the essence of South Asia, to the spirit of Kabir’s message of Hindu-Muslim oneness, to Nanak’s message of universal brotherhood, to the spirituality of Tulsi’s Ramacharitamanas. Banaras is the spirit of tolerance, symbolized by Emperor Akbar, who resurrected the city from its ruins and built temples to undo the damage of Aibak and Lodi. Varanasi is like a Phoenix that rises again from ashes. It is the spirit of indestructibility of Hindustaniyat that is so well captured in the song, Tarana-e-Hindi, commonly known by first versus “Sare Jahan se accha Hindusitaan hamara..” in the verses:

While all Indians know at heart why Banaras, Kashi or Varanasi, whatever you call this spirit of India, is so central to Indian revival but I think the credit of phrasing it best goes to a noted non-Indian Indophile. Mark Twain described Banaras aptly in 1897: “Banaras is older than history, older than tradition, older than legend, and looks twice as old as all of them put together.”

If the Indian Renascence has to occur that will catapult our country into the front and centre of the world, it has to happen from Varanasi, a place that is indeed older than history.

Will Indian voters put a full stop to Vote Bank Politics this elections?

India doesn’t have shortage of role models, we just don’t look around!

Dr. Sukant Khurana is a New York based scientist, artist and writer of Indian origin. His basic research involves neurophysiology, computational neuroscience, sensory perception, addiction, learning and memory, while his applied research extends into many areas of drug discovery and problems of the developing world. Both his visual art and writing explore the issues of modernization, displacement and identity.