It was not expected for many people around the world that public will come out to the streets to protest in Ukraine against their government refusing to sign the European Union Association Agreement.

Ukraine is considered close ally of Russia with similar culture, tradition and almost similar language. However, a large part of population in Ukraine is fed up with Russian dominance and interference in Ukraine’s internal affairs. Bullying Ukraine using blackmailing policies is something for which this population of Ukraine hates Russia.

What Initiated Protests in Ukraine?

On 21st November 2013, Ukraine refused to sign the Association Agreement with European Union that promised better business and trade ties with rest of the European continent, but had a clause that prevented Ukraine sign similar agreement with Russia-led Customs Union. Ukraine rejected the EU deal over national security and restoring trade relations with Russia. There has been strained relations between Ukraine and Russia recently over former’s refusal to join Customs Union. Russia was relieved the day Ukraine suddenly surprised everyone in the Europe by rejecting EU deal.

Protests in Ukraine were going peaceful until recently on Saturday when around 5,000-10,000 protesters assembled in Maidan square in Kiev to demonstrate their unhappiness with the government’s decision. Everything was going normally until the police decided to crackdown on the protesters that led to violence and injuries. 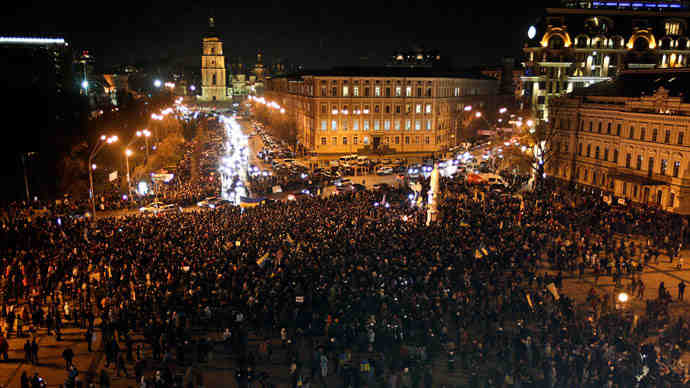 There is a feeling that the dirty politicians of west could have funded these protests in Ukraine. However, Ukraine was really in dilemma and it had to choose particularly one side. As the possibility of cooperation between EU-Ukraine-Russia was ruled out by the European Union which was supported by Ukraine and Russia.

Commissioner for Enlargement and European Neighbourhood Policy, Stefan Fule, tweeted “following events with great concern,urge to refrain from use of force against those peacefully expressing their views”. The US envoy to Ukraine, Geoffrey Pyatt, also condemned “the violence against peaceful demonstrators.”

Public in US went one more step ahead by posting a petition on the US White House website asking the US government to help “peacefully overthrow the current Government and President” of Ukraine and to hold “democratic elections for a new parliament and bring to justice all present perpetrators of state power.” The petition has already received approximately 48,000 signatures. Another petition urged US government to impose sanctions on the Ukrainian president “unless Mr Yanukovich signs the Ukraine-EU Association Agreement.” This petition has already received 120,000 signatures, which is more than 100,000 signatures required for administrator to review. These were petitions with highest signatures; there are also petitions that asks for military intervention in Ukraine. 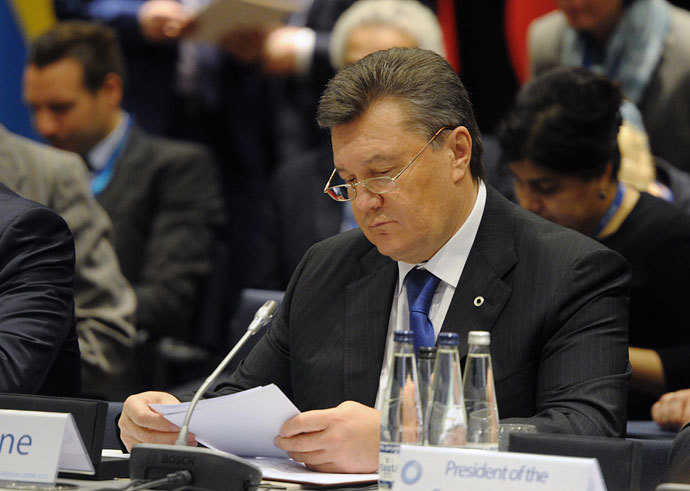 The conditions would have been better if police had been careful not injuring and harming the protesters, such an outburst on the protesters will bring bad image to the ruling government just like how Erdogan lost his popularity all over the world during protests in Turkey this summer. This will strengthen the EU’s case. Beating own people is the worst decision ever.

“I demand that the General Prosecutor’s Office urgently provide me – and Ukrainian society – with the results of a prompt and objective investigation in order to properly punish the perpetrators,” said the Ukrainian President, Viktor Yanukovich in his address to the Ukrainian people, published on the presidential website on Saturday.

If Ukraine would have joined EU Association agreement, then probably anti EU protests in Ukraine would have initiated across the country just like it happened in Romania, Bulgaria, Croatia and Hungary. On the other hand, Russia would have intensified blackmailing Ukraine and playing its own kind of politics making life hard for Ukrainians. One must note that EU and NATO are still not that powerful to advice or warn Russia to stop doing from something. In August 2008, when Russia attacked Georgia, International media and politicians could do nothing more than criticising the whole event.

The best deal for Ukraine should be to get European Union and Russia on the table for three-way talk and utilize the benefit of both if Ukraine has to live in an independent world without the dominance of Russia and Brussels.

Rejection of EU necessary for Yanukovych’s Survival Beyond 2015