Poverty is much more complex than simply income scarcity. Poverty entails lack of empowerment, lack of knowledge and lack of opportunity, as well as lack of income. Despite increased access to education, the poor…..mostly women, socially disadvantageous groups, the physically disabled, people in remote regions are often deprived of basic education. Moreover, when basic education is available, the poorest are unable to avail it because the direct and opportunity costs attached to it are quite high for them.

Poverty is thus both a cause and an effect of insufficient access to or completion of quality education. Children of poor families are less likely to enroll in and complete schooling because of the associated costs of attending school even when it is provided “free”. The cost of uniforms, supplies and transportation may well be beyond the means of a poor family, especially when the family has several children of school age. This means that choices have to be made, and the choice is often to drop out of school or, worse still, to deny schooling to girls while enrolling the boys, thereby contributing directly in manifesting the inferior status of women. In addition, as poor children who are enrolled grow older, the opportunity cost (their lost labour and the forgone income it may entail) becomes greater, thus increasing the likelihood of abandoning school. 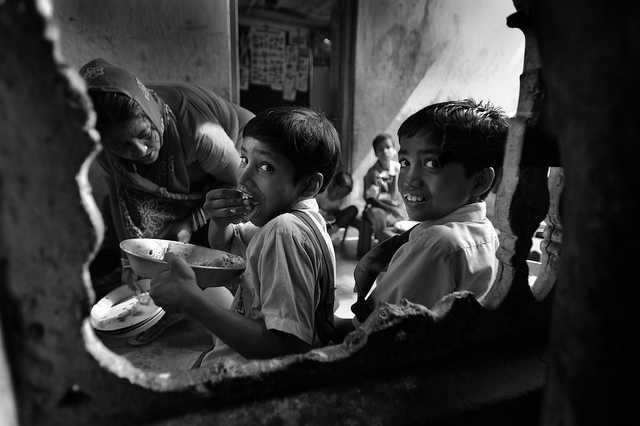 Furthermore, dropping out of school because of poverty virtually guarantees perpetuation of the poverty cycle, since the income-earning potential of the child is reduced, not to mention overall productivity, receptivity to change, and capacity to improve quality of life. Lack of education perpetuates poverty, and poverty constrains access to schooling. Eliminating poverty requires providing access to quality education so that the poor could stand up in life.

The relationship between education and poverty reduction is thus linear as education is empowering; it enables the person to participate in the development process; it inculcates the knowledge and skills needed to improve the income earning potential and in turn the quality of life. Moreover, education of girls and women helps in improving the number of other indicators of human development. Education thus helps to lay the foundation for the following pillars of poverty reduction: Empowerment, human development, social development and good governance.

It opens up avenues of communication that would otherwise be closed, expands personal choice and control over one’s environment, and is necessary for the acquisition of many other skills. It gives people access to information through both print and electronic media, equips them to cope better with work and family responsibilities, and changes the image they have of themselves.

It strengthens their self-confidence to participate in community affairs and influence political issues. It empowers entire nations because educated citizens and workers have the skills to make democratic institutions. Investment in women’s education results in substantial social and economic gains.

Mothers are also much more closely involved in the immediate care of children and in the critical decisions about food, sanitation and general nurturing, all of which influence children’s health and development. Longer spacing between births leads to healthier children.

Education provides women with greater opportunities for employment and income, and raises the opportunity cost of their time in economic activities compared to child rearing. Such economic gains motivate families to have fewer children.

Education is a powerful tool for introducing members of a society to the system of government and the concept of governance. Educated persons are more likely to vote and participate in local and national government. They are more likely to demand better and more accountable government, thus creating demand for improved governance. Education is linked to empowerment, and a major manifestation of empowerment is the demand for better governance.

The continuing challenge for education is to ensure that all people have the knowledge and skills necessary for continuing human and economic development and for breaking the poverty cycle. The linear relationship between education, poverty and empowerment is, however, governed by the circumstances of a country and within a country in a particular region. Education, thus, influences and is influenced by the context in which it is developed. This powerful relationship implies that education must be in a constant state of change as it responds to changing social and economic needs, and that education in itself is a force for social and economic change as people become more empowered and more productive.

Politics after resignation of Arvind Kejriwal

Research Scholar Department of Journalism and Mass Communication, Punjabi University Patiala, Punjab, India. Author has done Masters of Philosophy on ‘Media Coverage of Kashmir Conflict’ and has worked as a sub-editor with JK NewsPoint newspaper of J&K state.