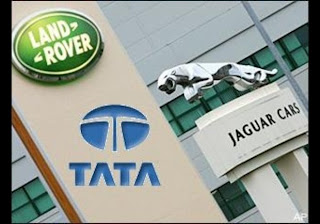 Having almost 400 years of presence on Indian soil and 200 years of rule on India, British had controlled much of Indian economy. While overall infrastructure grew in India, the taxes on land and farming had made the life of common Indian man difficult. The country which was known as the golden bird on earth whose economy along with China was the greatest in the world, was later known as the poor country after British Empire had declared control.
When Britishers left India, they left with a vast infrastructure of railway and strategic roads. Rail, by then had made its presence in the difficult terrains of Himalayas like Darjeeling and Himachal Pradesh. All the resources in the hands of the new Indian government and a developed infrastructure helped India improve its figures. It was in early 1990s when India opened its doors to the world. There was a belief that well developed economies and companies in the west will dominate Indian markets and make it difficult for the Indian companies to rise, but India had already produced and nourished matured brands based on trust, which later bravely  faced the competitions with the outsiders.
Today these Indian companies have expanded their arms much wider and away from India that they are integrated with most of the population in this world. Either is it by chance or may be it is some kind of nationalism among Indian industrialists that they have collectively targeted British businesses and “Indianized” them. They took help of Indian branding agency as well as branding agencies in London and established their  stronghold in the island nation which ruled India for over 200 years.
Unlike China, Indian companies do not mark their identity on their products that prominently. This could be one of the reason that after acquiring a business in another country Indian companies receive less resistance and easily acceptance of their services and products unlike China whose products are famous as “cheap quality use and throw.”
One good and relevant example can be the Tata Motor’s acquisition of prestigious British Jaguar and Land Rover auto brands. Still very few are aware that Tata Motors owns these super luxurious British automobile brands since 2008. Tata never renamed it as Tata Jaguar. Buying from the cash strapped Ford, Tata has now recorded massive net profit in JLR section.
Recently in February UK surprised everyone as British prime minister David Cameron flew to India’s financial capital with the largest trade delegation ever taken by a British prime minister to any country in the world. This gives a clear signal towards extending partnership and mutual understanding of importance of each other.
Today people in UK are happy wearing Indian clothes and jewellery. There is a huge possibility of finding a drug or medicine manufactured in India or manufactured by an Indian owned subsidiary in Britain. Indian tea is famous around the world, but a major British brand Tetley which is the choice of large number of tea preferring population in Britain is owned by an Indian company Tata Global Beverages. If you are booking tickets online, making bank transaction, or shopping online, then there is every possibility that an Indian company in Bangalore would have designed the whole platform that enables you to make online transactions smoothly. Again there is a huge possibility that every steel used in the construction or other purposes is India made or made by an Indian company or subsidiary.
Like this there are many such stories of India buying prestigious British companies, that we are going to share with you in our upcoming post (Stay Connected!). The whole idea is that Indian companies have been expanding their arms and integrating themselves in Britain and with the British consumers so finely that without knowing, Britishers have India and Indians deeply involved in their day to day life.
“Indian companies have been acquiring foreign companies, and when they do, the studies show those companies perform better,” notes Peter Cappelli, George W. Taylor Professor of Management at The Wharton School and Director of Wharton’s Center for Human Resources, while writing a blog piece, Indian Companies: Doing Well Because They Do Good, in Harvard Business Review.
China on the other hand is also making its presence large in Britain, however more analysts are satisfied with the way India has handled and nourished Britain’s biggest and highly prestigious brands.
Pedro Moreno de los Ríos, partner at Parangon Partners, an executive search firm, explains, “One of the great advantages of Indian executives, compared with their Chinese counterparts, is their knowledge of Anglo-American culture. Another advantage is the greater openness that India has enjoyed when it comes to foreign capital. Indian managers tend to have an international approach, and India is [even] exporting managers to China.”
The country which ruled India for 200 years and took much of its resources for its benefit now its countrymen are grateful to India and its Indian companies for jobs as on e of the Indian brand, Tata is now the largest employer in UK in private sector, thus belittling the blame that Indian companies are snatching the jobs from the western world.
In our upcoming article we are going to explore biggest acquisitions made by the Indian companies in UK and other countries which has proved India as a big and matured player in forming and controlling a good part of the world’s economy. Stay Connected! Follow us on Facebook, Twitter.
Page 1 | Page 2
Please share and join the discussion on facebook by clicking the “Like” below.
Visit The World Reporter for discussion on this post. Or you may like to know what others are saying on this topic.
Related Topics:

How To Make Business Trips Easy