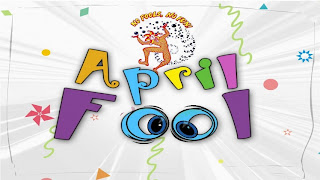 All Fools’ Day, is one of the most light-hearted days of the year. Its origins are uncertain. Some see it as a celebration related to the turn of the seasons, while others believe it stems from the adoption of a new calendar.

Ancient cultures, including those of the Romans and Hindus, celebrated New Year’s Day on or around April 1. It closely follows the vernal equinox (March 20th or March 21st.) In medieval times, much of Europe celebrated March 25, the Feast of Annunciation, as the beginning of the new year.

In 1582, Pope Gregory XIII ordered a new calendar (the Gregorian Calendar) to replace the old Julian Calendar. The new calendar called for New Year’s Day to be celebrated Jan. 1. That year, France adopted the reformed calendar and shifted New Year’s day to Jan. 1. According to a popular explanation, many people either refused to accept the new date, or did not learn about it, and continued to celebrate New Year’s Day on April 1. Other people began to make fun of these traditionalists, sending them on “fool’s errands” or trying to trick them into believing something false. Eventually, the practice spread throughout Europe.

There are at least two difficulties with this explanation. The first is that it doesn’t fully account for the spread of April Fools’ Day to other European countries. The Gregorian calendar was not adopted by England until 1752, for example, but April Fools’ Day was already well established there by that point. The second is that we have no direct historical evidence for this explanation, only conjecture, and that conjecture appears to have been made more recently.

Another explanation of the origins of April Fools’ Day was provided by Joseph Boskin, a professor of history at Boston University. He explained that the practice began during the reign of Constantine, when a group of court jesters and fools told the Roman emperor that they could do a better job of running the empire. Constantine, amused, allowed a jester named Kugel to be king for one day. Kugel passed an edict calling for absurdity on that day, and the custom became an annual event.

“In a way,” explained Prof. Boskin, “it was a very serious day. In those times fools were really wise men. It was the role of jesters to put things in perspective with humor.”

This explanation was brought to the public’s attention in an Associated Press article printed by many newspapers in 1983. There was only one catch: Boskin made the whole thing up. It took a couple of weeks for the AP to realize that they’d been victims of an April Fools’ joke themselves.
Spring Fever

It is worth noting that many different cultures have had days of foolishness around the start of April, give or take a couple of weeks. The Romans had a festival named Hilaria on March 25, rejoicing in the resurrection of Attis. The Hindu calendar has Holi, and the Jewish calendar has Purim. Perhaps there’s something about the time of year, with its turn from winter to spring, that lends itself to lighthearted celebrations.
At Last Observances Around the World

April Fools’ Day is observed throughout the Western world. Practices include sending someone on a “fool’s errand,” looking for things that don’t exist; playing pranks; and trying to get people to believe ridiculous things.

The French call April 1 Poisson d’Avril, or “April Fish.” French children sometimes tape a picture of a fish on the back of their schoolmates, crying “Poisson d’Avril” when the prank is discovered.
Happy Fool’s Day
Do Fun, Make Fools
Because no fools no fun

Visit The World Reporter for discussion on this post. Or you may like to know what others are saying on this topic.
Prev postNext post
Use your ← → (arrow) keys to browse
Related Topics:
Up Next

In today’s society, there’s this push to promote self-care. While society five or maybe ten years ago would see the term “self-care” as something selfish, fortunately now, mental health has become a larger concern. While toxic positivity is being pushed out, and the whole “put yourself first” mantra is slowly beginning to reign supreme, there’s one question to ask. How exactly can one put themselves first? Also, how can these self-care changes even boost your well-being? These are some helpful ways to achieve that!

When it comes to putting yourself first, it’s important to begin by thinking of your life goals, your values, and what type of purpose you want in your life. While society once deemed people as “selfish” for even considering this, it’s your life, and you’re entitled to live your life the way you want it. Is one of your life goals to travel? Then that’s great! Keep aiming for it!

Identify Your Wants and Needs

Everyone has their own wants and needs, everyone does. What are yours? While it’s important to put other people’s wants and needs in front of your own (such as if you’re a parent), just keep in mind that you don’t have to do this all the time. So think about it, what are some small ways you can put your own wants and needs ahead without it jeopardizing anyone else. Maybe it can be something small such as getting more sleep, or maybe even something huge such as changing careers. It’s entirely up to you to decide.

Take Time to Get Your Headspace Right

A great way to get yourself into the right headspace is through the beauty of travel. This is actually one of the biggest ways that people are treating themselves and putting themselves first. Changing up your environment and your routine through the power of travel can be one of the very best ways to get yourself feeling recharged and just completely breaking away from what may be stressing you out. Whether you opt into a long vacation, weekend trip, or a day trip, just allow yourself the chance to breathe, take a break, and recharge.

There’s nothing wrong at all with treating yourself to things. Whether you’re wanting to gift yourself a nice car you shopped with through edmunds, a fun vacation, or anything else. There isn’t anything wrong with gifting things to yourself as long as you have the disposable income to do it and if it’s in moderation.

Opt-Out of Social Media That’s Not Good for You

Social media is a double-edged sword. It can be a great tool for connecting with people and staying in touch with friends and an extension of our personal brand. However, many people are finding that social media is not the best tool for their mental health and well-being. If possible, try to opt-out of social media if you feel it’s not good for you. And instead, try to spend more time in nature or offline activities like hanging out with family and friends.

Building A Social Support System: An Essential Key To A Life Of Wellness

Everybody needs somebody, even if you believe you thrive better as a lone wolf or prefer being antisocial. While having a support system around you will help you get through life, it also offers far-reaching health benefits. These include helping you deal with loneliness and even improving your chances to beat unhealthy addictions. A strong social system can also be very helpful when going through stressful times, battling chronic illnesses, etc. But how can you build a healthy social support system around you, and what does it entail?

It’s important to first understand what a social support system is. It comprises friends, family, loved ones, and peers that you can call or rely on, especially in times of need to provide support, respect, and care. Having a support system around you can provide wisdom and guidance through tough times. It can also provide strength and hope with a generous supply of understanding and compassion.

Start by making a list of those already in your life, including friends, family, colleagues, and neighbors. When you are done with this, go through your list and highlight or underline those who have been supportive in your life and how. Next, make it a point to contact these people to check on them and find out how they’re doing. However, it’s important to note that you can also include professionals in your support system. For instance, counselors, psychologists, teachers, coaches, and healthcare professionals who have assisted you in difficult times, whether in the classroom, the gym, or in treatment programs you’re undergoing or already went through.

Creating a healthy social support system also requires you to identify the barriers that have prevented you from creating healthy and meaningful connections with people. For instance, are you antisocial? Are you dealing with depression, drug abuse, or alcohol addiction issues that make it impossible to keep loving people around you? Once you identify your roadblocks to healthy social connections, find ways of removing them. For example, if you’re addicted to drugs and alcohol, you can find help through inpatient treatment programs.

Another great way to build a social support system is to explore and embrace shared interests. It is easier to be surrounded by like-minded individuals who understand your emotions and can empathize in ways that others may not. For example, parents of a child with special needs will find immense support from other parents who share the same or similar difficulties. A great way to build such connections is by joining groups, associations, or clubs that share your interests and ensuring that you maintain regular interaction with the members.

How To Manage A Team Working Remotely

How Students Are Learning To Focus Better

How To Scale Your Business In 10 Steps

How To Make SEO Work for Your Business

How To Make SEO Work for Your Business

How Students Are Learning To Focus Better

How To Scale Your Business In 10 Steps

How To Manage A Team Working Remotely